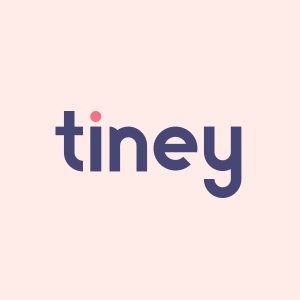 Most of you will know that we recently launched tiney in Greater Manchester, and it’s been such a success that we’ve decided to start our search for childminders in a few more regions too, adding six more areas of England to the mix. Here’s the full list of places that people can now train with tiney…

While we can’t quite say tiney is nationwide yet, we’re not far off! The decision to expand like this is all down to demand - many people have heard about tiney on the grapevine, seen what a great job our incredible existing community are doing to reinvent early years education, and have been getting in touch wanting a piece of the action.

If you're an existing tiney childminder and know someone in one of these areas who could make a great addition to our community, send them to this page armed with your referral code (now worth £300) and they can arrange a call with our lovely advisors to find out more.

And if those candidates happen to be in Manchester or Birmingham, they will also get the opportunity to do in-person training. We trialed this recently for our first bunch of Manchester childminders, and it went so well that we’ll be doing another week in Manchester from March 7th to 11th, and then hitting Birmingham from March 28th to April 1st.

There’s also a great launch deal for new trainees who will be eligible for a £500 trading reward if they get registered and sign their first parent contract within four months.

So, there’s quite a lot to get excited about - spread the word!