How to develop independence in children 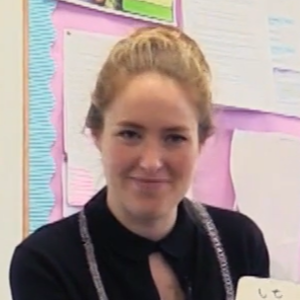 Our desire to nurture children can actually harm their development.

It’s natural to step in when a child struggles to do up their coat or heads to a tricky part of the playground. But helping too often creates timid children, anxious about risk and lacking self-confidence.

By becoming independent, a child realises they control their own life and stops feeling vulnerable.

Independence means learning to do things on your own. It means preparing children to become successful adults who make important decisions and take responsibility for themselves.

It’s never too early to start growing a streak of independence. We often think of small children as helpless and dependent on adults for everything. But even young babies have their own desires and interests.

Independence looks different as a child grows. A baby starts to realise that if they choose to cry they attract more attention. A sense of self gradually develops as babies realise what else they can choose. They start to make it clear what they want to play with, who they prefer to be with and what they will eat.

The ‘terrible twos’ have a bad reputation. A few temper tantrums during this stage is a sign of a child who has developed the self-confidence to assert themselves. At this age, a child wants to be independent but hasn’t learned how, becoming frustrated when not allowed to make choices or do things by themselves. It takes skill to strike a balance between helping without taking over or doing everything for the child.

It takes time for children to master things on their own. Watching a three year old put on their own shoes and do up their own coat can feel like forever, but the huge grin they offer once they succeed “all on my own” is worth the wait! Promoting independence

The EYFS framework (that all tiney home leaders follow) values independence. It only considers children to have mastered a skill once they can do it without help.

An independent three year old who decides to make a decoration might start by choosing a sparkly piece of paper. Next, they might cross the room to retrieve child-sized scissors from the art shelf, then carefully cutting away the corners.

The outcome won’t be perfectly straight or symmetrical but the experience will have developed their ability to make choices, use scissors, find resources and more. If an adult had helped, the end result would be more beautiful...but none of these skills would have been learned.

It might seem that if the goal is independence, then educators don’t need to do much at all. But in fact, it’s expert adult supervision that is central to developing self-regulation and independence.

When children are overprotected or pressured into achieving developmental milestones too early their growing independence is restricted. Tiney home leaders work hard to find the perfect balance between helping too much and helping too little.

A lot of groundwork goes into achieving independence. Adults must know a child’s capabilities so they can plan how to practice emerging skills. This relies on a solid relationship between the two as children only have the confidence to try things on their own if they come from a background of security, support and adult love.

Being cared for by a tiney home leader allows these strong positive relationships to form quickly as children aren’t distracted by having lots of different people around.

Children need to test the limits of their surroundings to become independent. Tiney home leaders create a space that is safe and child friendly so that instead of saying “no” every time a child is at risk, children can explore freely. This encourages children to try new things. Gradually their confidence in their own abilities grows.

Within a tiney home, children have plenty of opportunities to choose their own activities and select the resources that most interest them.

Beginning to take responsibility for personal needs such as eating, hand washing and using the toilet is all a game for young children who love to mimic adult behaviour. Everyday tasks like hanging up a coat or cutting a sandwich rely on physical coordination. These develop the fine and gross motor skills children need to succeed in writing and art later on.

Tiney home leaders create a space where children safely experiment with doing these things themselves. For example, providing finger foods and child-friendly cutlery encourages children to feed themselves from an early age. Even learning to tidy up shows a child what they can do without help.

The habit of independence lasts a lifetime. Developing autonomy early teaches children to believe ‘I can do it on my own’, leading to self-motivation and perseverance at school and beyond.

“The more risks you allow your children to make, the better they learn to look after themselves”.

In the end, children usually surprise us with just how much they can do!

Bryony trained as an Early Years teacher and has also taught in Key Stage One. As the phonics lead in a large primary school, Bryony ensures that every child learns to read early and develops a lifelong love of books. She believes that the best teaching and childcare is underpinned by research, and has completed a Masters in Educational Leadership alongside her role in the classroom.