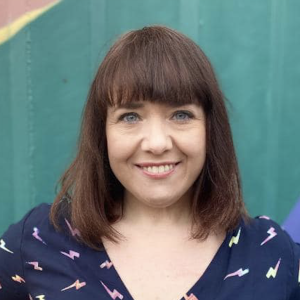 Did anyone else see Mother Pukka’s recent Instagram video on childcare and shout so hard in agreement that their phone screen shattered into tiny pieces? In case you missed it, the parenting influencer turned campaigning powerhouse aka Anna Whitehouse posted a Mother’s Day Reel about the enormous shortage of affordable childcare in this country, and how it ought to be prioritised like roads and transport what with it being, you know, COMPLETELY ESSENTIAL TO OUR DAILY LIVES.

Here at tiney, we couldn’t agree more, which is why we’re determined to make sure there’s flexible, affordable and high quality childcare around every corner. We’re getting there - we now have well over 100 tiney homes across London and the South East with many more springing up each week. However, given that some areas of the country, including many inner London boroughs, report having only one available childcare place per ten (or more) children aged 0-11, we’re very aware that there’s still a lot of work to be done to create the infrastructure Mother Pukka and her hundreds of thousands of followers so desperately need.

Last week was hailed as a triumphant moment for parents in England when, after almost three months of constantly juggling work commitments, home-schooling pressure and various other caring responsibilities (while occasionally, I dunno, breathing?), schools finally reopened. But for lots of families, it only solved half the problem.

As a mum to a 5 and 3 year old who have now returned to school and nursery, I’ve lost count of the amount of times in the last week people have said “It must be great with things back to normal!” when life feels anything but. Sure, it’s a lot better than it was. But, as well as decimating the careers of many people with caring responsibilities, the pandemic has also exposed the fragility of the meticulous childcare systems parents of young children put in place to enable them to do their jobs and provide for their families outside the six hours a day, 39 weeks a year, that children are in school.

Pre-Covid, many of us relied on a complex rota of willing grandparents, favours from friends masquerading as playdates and various other informal arrangements to cover our backs (honestly, our colour-coded family Google calendar would make you weep - no wait, that’s me). Now, most of those arrangements are illegal. After all, you’re only supposed to have one childcare bubble.

Meanwhile, most employers only read the headlines - whoop, schools are back! - so are expecting their workforce to be on form, with all those Zoom-bombing toddlers a distant memory (because it stopped being adorable a year ago, right?). Behind the scenes, parents are scrambling around to fill in the gaps, many now with depleted holiday allowances thanks to needing to take time off to fulfil the bare minimum home-schooling expectations.

So, only a third of the way through the year and with the Easter holidays looming, an awful lot of families are still in crisis. Children get 65 days of school holidays a year, but the statutory holiday allowance for workers is 28 days, including bank holidays. Clearly something doesn’t add up for families with two working parents if they don’t have any reliable and legal back-up.

If holiday clubs are running (most aren’t), they’re at reduced capacity, and in April it will still only be OK to see other households outdoors, from a safe distance. As much as my kids would probably enjoy being sent 80 miles up to the motorway to camp in their grandparents’ garden, they still need help wiping their bums, so the whole two metre thing means it’s not really a goer.

You might be thinking all this sounds like a short-term problem that will be solved when things are “back to normal”, but it isn’t. This national childcare shortage has been an issue for years (we’ve been on the waiting list for after-school club since 2019!), it’s just become a whole lot more critical lately, not least because many childcare settings have sadly had to close their doors. Thousands of families have had no choice but to take on casual, expensive, unregulated nannies and babysitters to fill in the gaps, a short-term sticking plaster for a terminal problem.

This isn’t just an issue that stresses out “busy and important” parents, it’s affecting the kids too - without structure and clear carers who they know they can rely on, they can struggle emotionally. Sure, building resilience is an important life skill, but does anyone else feel like their kids have been forced to do quite enough of that over the past year and would now probably quite like a hug from their granny?

Enough of the moaning - which I’m all too aware comes from a place of privilege; I can’t even imagine how hard all this is for single parents, self-employed parents, shift worker parents... - let’s talk solutions. Who can solve this crisis? Childminders! They’re qualified. They’re hyperlocal (or will be, when we recruit enough of them). They’re flexible. And do you know what? They’re amazing. Many of the comments on Mother Pukka’s post came from early years staff sick of earning a pittance and being shoddily treated by the government - and that’s exactly why lots of nursery workers, teaching assistants, nannies and au pairs have realised they can make a stable, solid income by using their skills and experience to train and register as childminders instead, running boutique micro-nurseries from their homes. Believe it or not, some of our most successful tiney home leaders make over 40K a year, more than double the average salary of a nursery practitioner (£19,000). Our friendly billing team will happily thrust some pretty intimidating spreadsheets in your face if you’re skeptical.

And if one of those wonderful early years professionals happens to live in my patch of south east London, I guarantee I’ll be eagerly dropping my kids on their doorstep, faster than you can say “Don’t forget the hand sanitizer!”.

If you want to help solve the national childcare crisis by opening your own tiney home, you can find out more here.

Isabel started her career in showbiz journalism, where she interviewed everyone from Russell Brand to the Cheeky Girls. After becoming a mum to two kids (and two cats), she grew weary of needing to identify individual Kardashians and instead got a taste for communicating with parents. She spent three years at Mush, the social app for mums (where she also wrote The Mumsition, a lighthearted guide to parenting) and has now joined tiney to sprinkle some glitter across all things content.