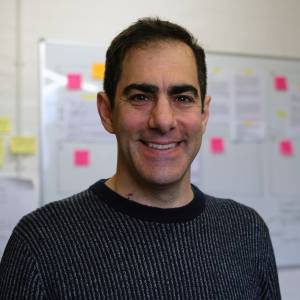 Amongst the many ideas put forward of how to improve and support early years education, one is causing me particular concern. Namely — as highlighted in a new report from the Centre for Policy Studies — scrapping the Early Years Foundation Stage (EYFS) framework for early years educators (nurseries and childminders). In my view, this would be an extremely short-sighted, ill-fated move.

Many won’t immediately recognise the threat this poses to the education and prospects of the very youngest in our society. EYFS is a highly regarded framework which standardises the quality of care children under 5 receive by setting learning goals, shaping the activities that children engage in, and giving providers the tools to measure children’s progress to spot areas of concern early on. But, due in part to our low regard for early years education, its importance all too often goes unnoticed. And now it might be at risk.

The EYFS system has professionalised early years education and helped improve literacy in the UK over the past 10 years. I’ve seen first-hand its impact. In observing and advising on the education systems in over 60 countries, it’s been plain to see that EYFS is a world-leading education standard for the under-5s and hailed the world over. It’s difficult to overstate its value as one of Britain’s greatest educational exports.

To be clear, it is not about young children sitting around a table learning facts or concepts, instead it has a broad focus around social and physical development, communication and understanding the world around them. Think guided play and learning how to work with others rather than multiplication tables.

The first five years of a child’s life hold enormous developmental significance. Events in this period can affect everything from educational attainment to happiness in adulthood. That’s precisely why the UK Government first introduced EYFS in 2008, setting crucial learning and welfare standards for providers to ensure more children were school ready.

Early years is, clearly, in desperate need of greater support and new ideas if we want it to survive and thrive. The escalating childcare crisis is putting a terrible strain on families and providers nationwide; the loss of 5,000 early years providers since the start of the pandemic alone has led to a scarcity of options for parents, inflated childcare prices, and huge workloads for staff. The majority of these lost providers were childminders, which has had a profound impact on the affordability of childcare given that childminding is, on average, at least 12% cheaper than nurseries.

We must therefore explore all manners of solutions to this crisis. But the solution cannot be something that erodes the quality of our early years education. What could be more counterproductive? A new cost will emerge — and that cost will be the educational outcomes of our children.

Affordable childcare that’s also high quality can be a reality if we take the right steps. Solutions exist that don’t dismantle the very thing that keeps quality consistent. There are simple ways of eliminating some of the bureaucracy and red tape within early years education. The bureaucratic process of registering with Ofsted, for example, or council authority landlord permissions which are often difficult to procure, puts many childminders off before they even get started. If we make it simpler and quicker to get talented, dedicated people registered as early years practitioners (and childminders in particular) families, providers, and children will all benefit.

However, without a strong educational framework like EYFS, the highly skilled childminder risks being seen as no more than a babysitter. This is bad news for everyone involved. We wouldn’t throw out the primary school curriculum because of a shortage of teachers — so why is it okay for early years?

Ironically, scrapping EYFS would place a new and additional strain on primary school teachers. Primary school staff have reported that 50% of all children are not ready to start school. This is not a coincidence. The pandemic has shown that children suffer without proper early years support. It is widely known that the attainment gap between disadvantaged pupils and their better off peers is considerable at 16, but few know that much of this disparity is determined before children step foot into Reception. The education and care received pre-school could not be more crucial.

Any proposals which include the scrapping of EYFS risk making a bad situation worse. It would come at a time when children’s development is suffering as a result of the pandemic (and the as-yet-unknown impact of the cost of living crisis). It would categorically be the wrong move.

We must stop treating early years education, and our very young children, as an afterthought. If we truly want to close the chronic development gap for less privileged under-5s, we should be ring-fencing quality, not dismantling it in the interests of short-term gains. The evidence screams out for us to overhaul our attitudes towards the care and education of the very young, but scrapping this world-beating educational framework is simply not the answer.

Founder and former CEO of Teach First and Co-Founder of Teach For All and the Fair Education Alliance. Brett’s lifelong mission is to help every child access an excellent education. He wants to support childcare professionals and parents to focus on this goal from a child’s earliest years.